It is a wall diving suitable for all divers, as it does not have any particular difficulty. However, it is advisable to check the presence of current and to check during the dive the maximum planned depth because the bottom of the wall degrades to over 40 meters. 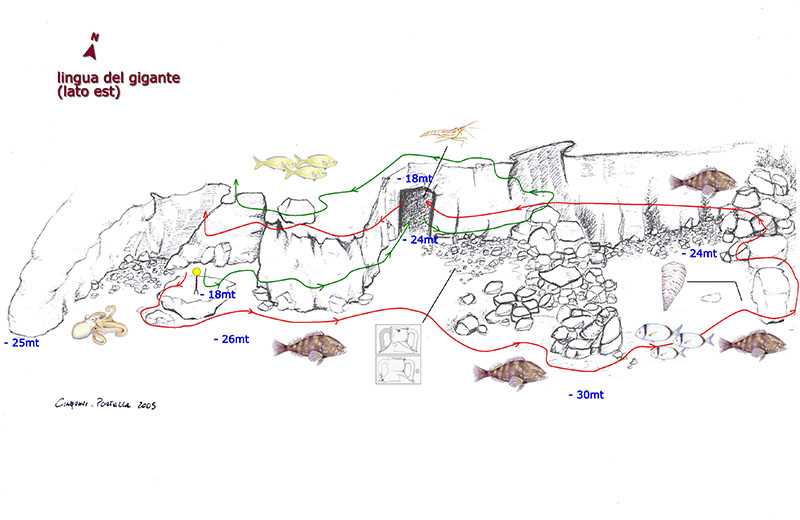 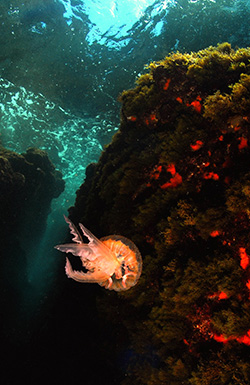 Going down the top of the gavitello we arrive at 18 meters on a large circular mass at the base (25-27m) is rich in colored cracks. A few meters to the west there is a huge white rock language that from 12 m drops to 25 and then degrades to about 30 meters. Swim in the east, then with the wall to our left, we see after a few tens of meters the majestic entrance of a cave between 24 and 18 meters, the size is such as to evoke the image of a portal that is looks over the blue. Entering the left side you will walk through a long vertical crevice deep about 15 meters, whose walls at the end show thousands of shrimp parapandalo and spectacular light games that penetrate the perforated vault. Such cracks also allow an easy leak of our bubbles. Returning to the exit we keep on the left to go through an open illuminated by the electric output blue. Immediately, on the left begins an area between 22 and 32 meters where you can see remains of amphorae, a sign of an ancient wreck. To the east of the cave the wall alternates areas where it is perfectly vertical and others where it is covered by large white stone blocks that descend up to 35 m. Along these slopes is certainly the encounter with big saraghi and ranks that enter the labyrinths formed by stone blocks. We go back to the gavitello on the eastern end of the steppe from 10-12 lead to 20-22 meters. So, relying on a large boulder dating back to 12 to 7 meters we can observe bandaged saragies, gaze, salsa, parrot fish, octopus and murine. 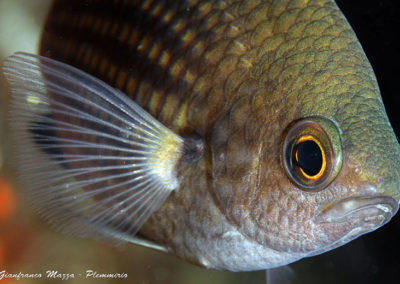 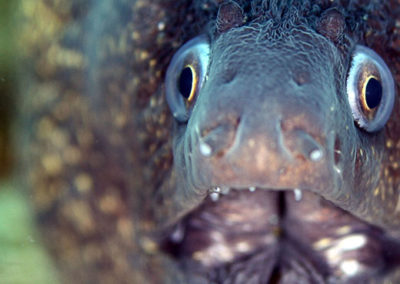 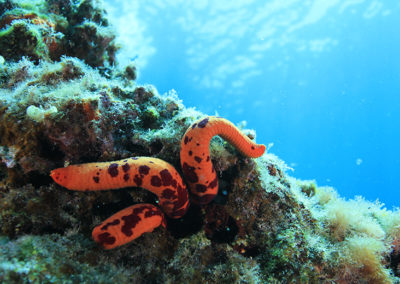 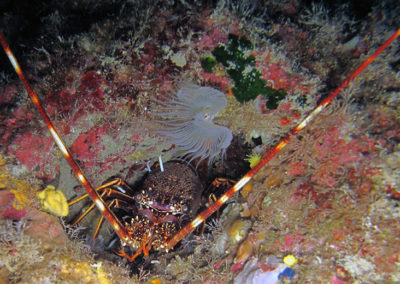